It’s been quiet for a while on my blog, but the lack of posts doesn’t mean I’ve not been doing anything. 2020 is going to be a big year for me: I’ve two new books due to be published and a fair few aquathlon and swimming adventures planned! I’ve been busy writing and training, but I’ve come up for air to share this lovely interview with talented triathlete and super-coach, Angie Fisher.

If you remember back to last December, I did my first aquathlon at Halesowen in England. Angie Fisher, head coach at Nuneaton Triathlon Club, gave me a lift to the event – and gave me lots of top tips too. On the way back from the event, Angie shared a little about how she got into triathlon. Her story is so interesting that I asked if she’d be willing to be interviewed for my adventure blog – and she said yes!

Angie ‘in a Nutshell’
Angie is 63, lives in Nuneaton and trains with Nuneaton Triathlon Club. She’s a retired police officer and has 2 grown-up kids and a dog. She used to be known as Angie Fisher the Swimmer when she was at work. (She  was World Police and European Open Water Swimming Champion!) Now she’s known as Angie Fisher Head Coach (of Nuneaton Triathlon Club) and ‘Ironlady’.

The Interview
1. It really inspired me to hear that you only got into triathlon in your mid-50s. Can you tell me about how you got into triathlon and about your triathlon journey so far? I retired from the Police Force aged 55 after 36years (I drove the fast response car) and wanted a bit of a challenge. Someone at work was talking about doing a triathlon and it seemed like a good idea at the time. I’ve always been a bit sporty: I swam at quite a high standard and had run a bit (at school!), so off I went to the bike shop and got a bike, having never ridden a racing bike in my life.

My first triathlon was a bit mad really, now I think about it. I couldn’t find my bike in transition and had to walk most of the 5k run, but I was hooked and just wanted to go back and do it better. 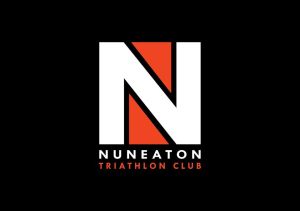 Around this time, a small group of masters swimmers started running on a Saturday morning at our local track so we got together and formed a triathlon club. All because I bought a bike!

We only had one coach, and he knew nothing about swimming, so I thought ‘well I could do that’ and went and did my coaching courses. Now I have people to help me with different aspects and I mainly take the swimming sessions and oversee the club’s training programme.

Having done a sprint triathlon, I wanted to do more. That meant doing an Olympic, and then a half Ironman. And then, of course, a full Ironman. I’ve done 2 Ironmen so far (Austria and Barcelona), plus the Long Course weekend in Wales.

I have qualified for the GB Age-Group Team a couple of times at Aquathlon and Middle Distance tri but only took up a place for the first time last year (its very expensive). I would like to go again. It is a good experience.

2. What are you training for at the moment? I have entered the Swimathon in March (5k), a marathon at Stratford in April and an Olympic distance triathlon in Majorca in May. I’m a bit of a fair-weather cyclist to be honest, so I’m doing most of my cycling on a turbo. I spend the winter running and swimming and use events like the Swimathon and the marathon to set me up for the race season.

3. Tell me a little bit about your training regime.  I train nearly every day for an hour or 2, with a longer bike ride at the weekend in the summer. I do have a plan but I like to keep it quite flexible. I prefer to train with other people and take a day off when I feel I need to. On average I do 3 swims a week, 3 runs a week, 3 bike/turbo rides and 1 strength and conditioning, mixing up the length/intensity/variation of each session. Sounds really boring but I love it.

4. What has the sport of triathlon given to you that you didn’t expect? I get so much pleasure coaching and seeing other people achieve something that they never believed they could do.

5. What’s the best thing about triathlon? The people. The social aspect. Its all about the people.

6. What’s the hardest thing about triathlon? Being Injured. It can be tough. I had a really bad accident 2 ½ years ago and came off my bike. I hit some electrical covers in the road and must have gone over the handlebars, I don’t really remember as I was knocked unconscious. I was air lifted to hospital with a broken neck, wrist, collar bone, 4 ribs, couple of fingers and a fractured cheekbone. I never even thought about giving up. I did Ironman Austria 12 months later although I still wasn’t fully recovered.

There are elements of triathlon that carry risks and lots of athletes do get injured. At least I’m in a position to be able to emphathise with them and encourage them to dig deep. And as a coach I can help them minimise the risks.

7. Do you think triathlon is a good sport for older women to take up? I’m fit. I’m healthy and I’m happy. All because I do triathlon. I get to travel – a lot; meet people – a lot; and have fun. I don’t understand why anyone wouldn’t want to do it. Age doesn’t really come into it. Its good for everyone.

8. What advice would you give to someone thinking about giving their first triathlon a go? You can do it. All you have to do is finish. Do it for yourself. Do it for fun. Do it and enjoy it.

9. As a woman on the other side of the menopause, how do you view your body? I got the hot flushes and I put a bit of weight on. I think I always had cotton wool for brains, so I’m not sure about that one! Now I’m the same weight as when I was 18. I think I’m a bit more conscious of eating for energy, staying hydrated etc. although I can more or less eat what I like. That’s all down to the exercise. I feel so much fitter. I have virtually given up alcohol though, I don’t like the after effects of being tired and lethargic. It affects my training.

10. People talk about women feeling ‘invisible’ once they have gone through the menopause. What do you think about that? Is it true for you? Invisible? Me? 🙂

11. Are there any upsides for you about being on the other side of the menopause? I feel wonderful. I used to get debilitating migraines every month which have now stopped. I no longer care what people think and feel happy in my own skin.

12. What do you have in your sights triathlon-wise for 2020? I’m still waiting for confirmation that I’ve qualified for the World Aquathlon Championships in Holland in September. I will make that my A race this year if I have. I qualified last year and went to Spain (I was 8th in my age group) but was in the middle of training for Ironman Barcelona at the time and think I could have done better.

13. What’s your number one piece of advice for post-menopausal women? It’s a new chapter in your life. Make the most of it while you can.

I’m looking forward to catching up with Angie again in April (we’re both competing in the Air3 aquathlon at Warwick University), by which time I hope she’ll see an improvement in my swimming!  In the meantime,  I’m just going outside and may be some time. (By the way, if you’re new to my blog, you can find more out about my #OldDogNewTricks project here.)